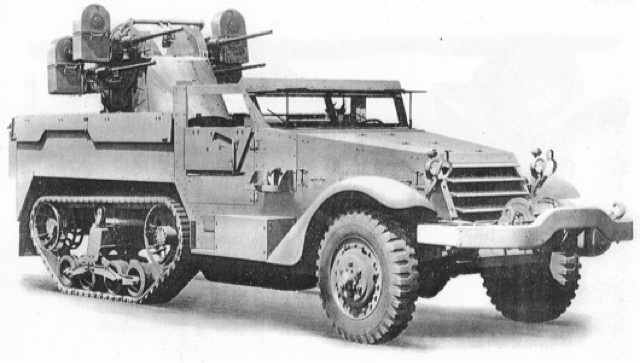 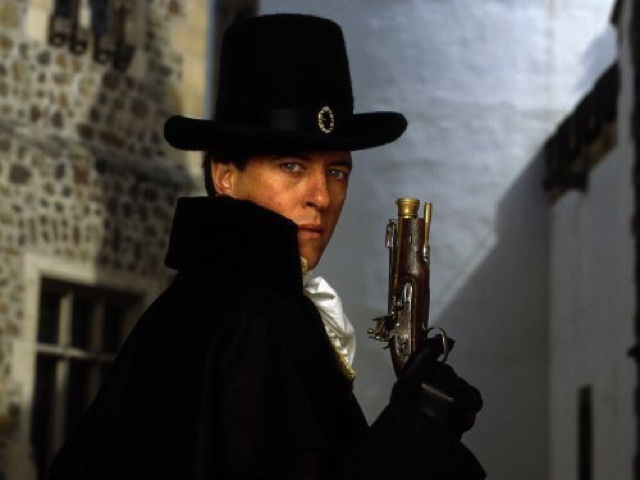 Allow me to explain. Mrs. History PhD seems to have developed a fondness for/interest in vehicles from the Vietnam War which could be termed "uncommon", possibly even "obscure". After reading a number of anecdotal accounts by U.S. veterans attesting to having seen the M16 MGMC serving as perimeter defense and convoy fire support vehicles, she has chosen this as her next FOW project: 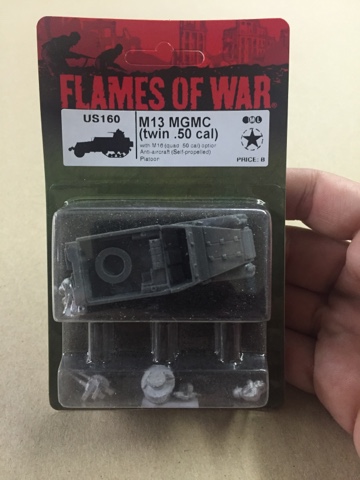 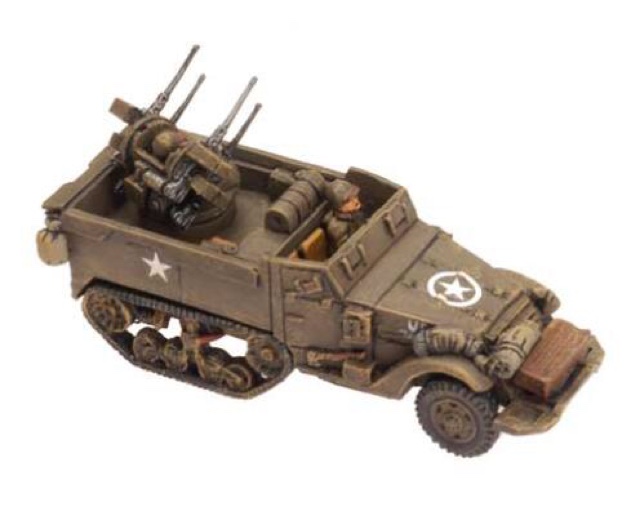 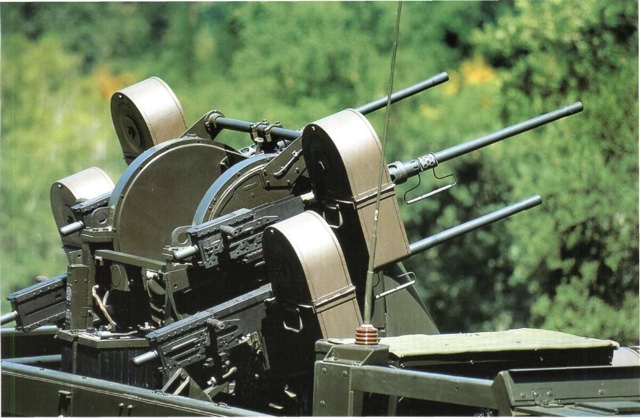 In its intended role, its effectiveness was debatable, but as an infantry fire support vehicle, it excelled. One of its several nicknames was the "Kraut Mower" and it proved invaluable in the later stages of WWII, as well as in Korea. Here's a good short video of an MGMC in action in March 1951:
http://youtu.be/anHqBeFmonc
When South Vietnam, or more properly, the Republic of Vietnam, was founded in 1955, its fledgling army found itself forced to make do with various hand-me-down American-made equipment that had been given to (and then abandoned by) the French, the vast majority of which was in extremely sorry shape. In the hope of frustrating Chinese and Soviet intentions in Vietnam, the United States supplied quite a considerable amount of surplus WWII equipment to the government in Saigon between 1956 and 1958. An exact inventory seems not to exist (or to have been intentionally "lost"), but among the items known for certain to have been included are M24 Chaffee tanks, M3 halftracks, M8 Greyhound armored cars, C-47 and T-28 aircraft, H-19 helicopters, as well as a very large amount of small arms, ammunition, and spare parts. However, there is no definitive record of exactly what was sent. As far as is known, M16 MGMCs could have been supplied, but no photograph of one operating in Vietnam has ever surfaced. We have only the first-hand accounts of a number of veterans. There are a few photographs of ARVN halftracks: 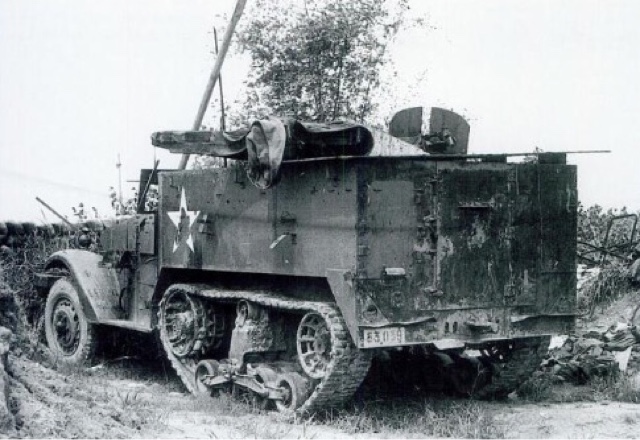 This one is dated "South Vietnam, 1968 or 1969" and shows the distinctive yellow license plate of the ARVN. To this day, both the Army and Air Force museums in Hanoi display M3s claimed to have been captured at Dien Bien Phu: 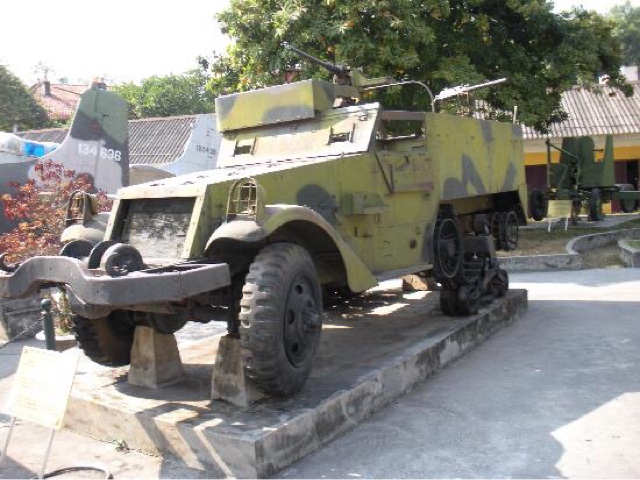 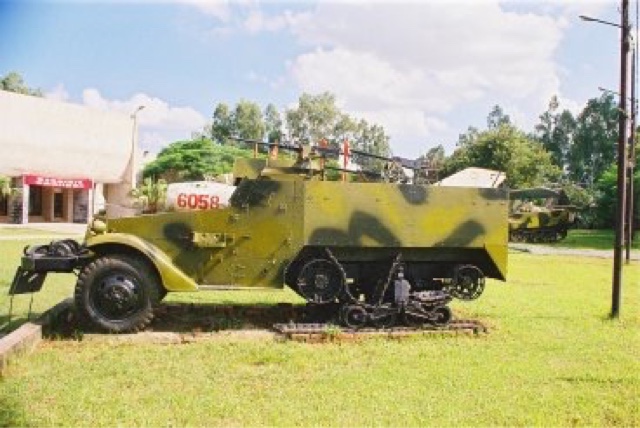 though it's highly unlikely that these vehicles were ever French. They are in too good a condition (relatively) and they sport a characteristically ARVN camouflage pattern. Note the matching pattern on the APC (that is very obviously NOT French) in the background of the second photo.
So, having done her research and still unable to find anything concrete, Mrs. History PhD asked me for my best assessment, so here it is. Just as she can't prove that MGMCs were used in Vietnam, no one else can prove that they weren't. There are eye-witness accounts by veterans who have no reason to lie about an issue that's essentially meaningless anyway. We know that the U.S. did supply MGMCs to France just after WWII. The French could have shipped some of them to Indochina. Or the U.S. certainly could've included some in the 1956-58 arms shipments. My best educated guess is that there were some used by the South Vietnamese. The U.S. may have "borrowed" a few of them, having seen how effective they were, much like the situation that occurred with the V-100 Commando armored cars. I think a strong circumstantial case can be made for M16 MGMCs being operated in small numbers by the ARVN, as well as the possibility of a few of them being appropriated and crewed by U.S. troops.
Thus reassured, Mrs. History PhD has forged ahead and produced her ARVN M16 MGMC: 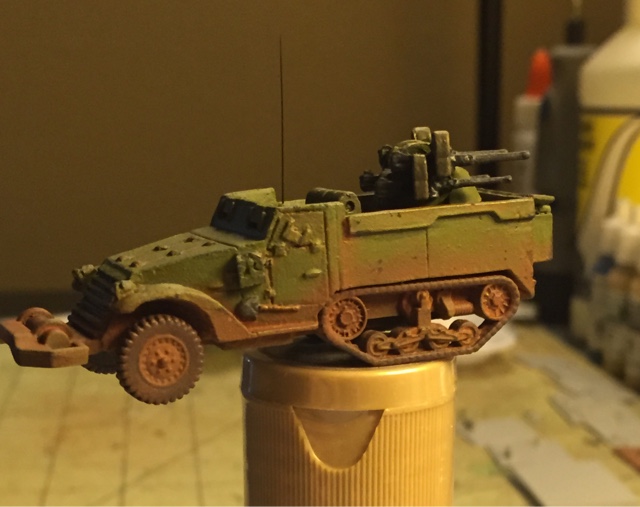 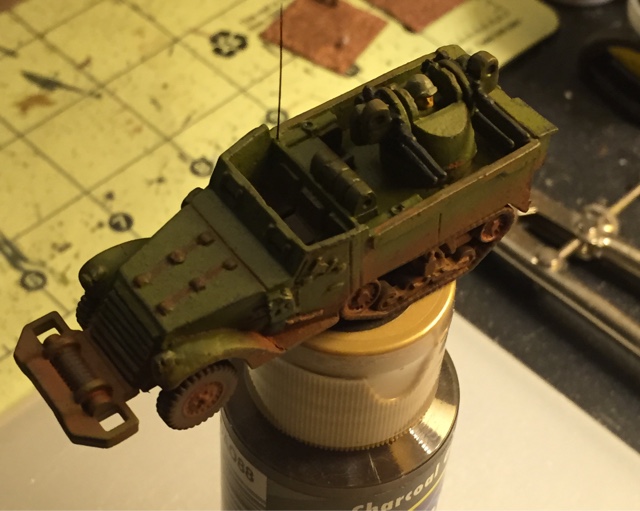 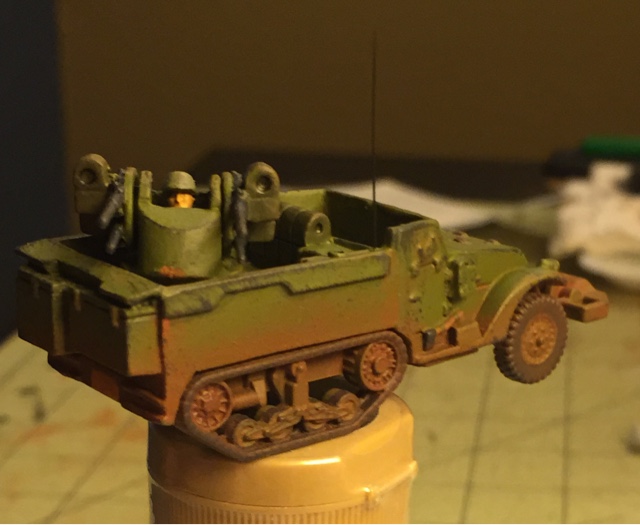 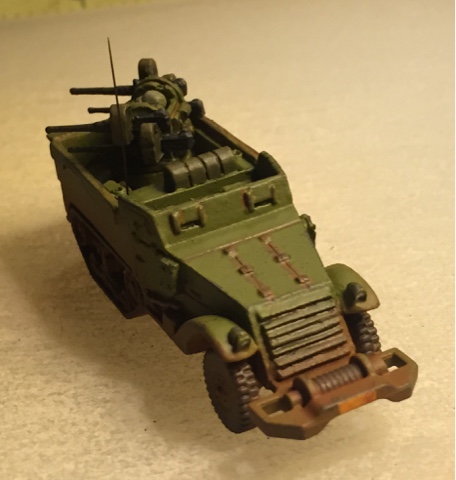 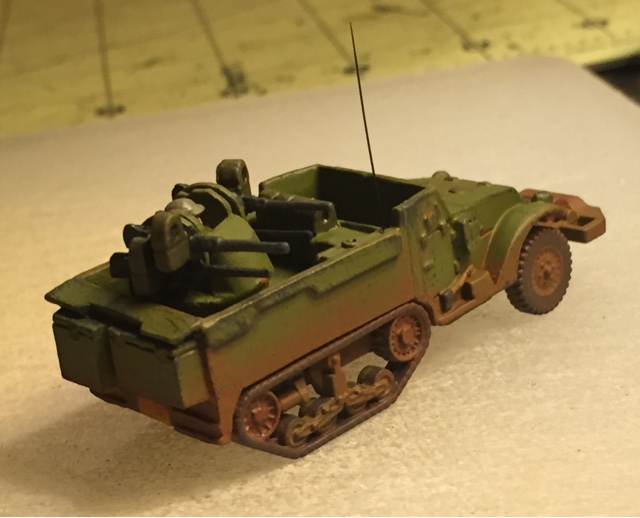 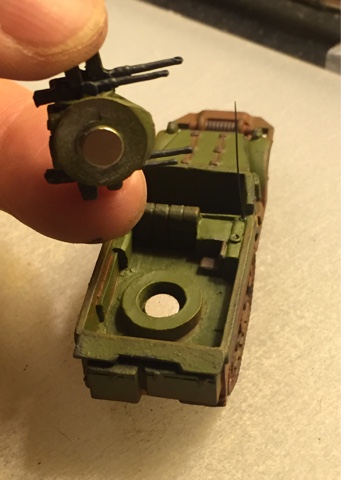 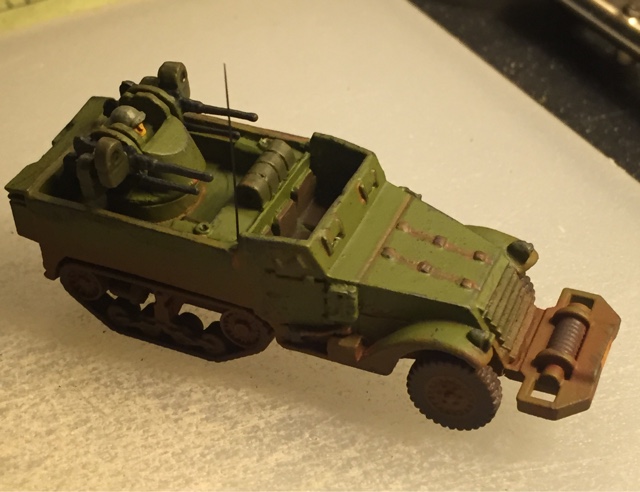 As you can see, the driver has yet to be finished and added. He awaits the arrival of a bottle of paint that Mrs. History PhD feels better matches the ARVN uniform (Vallejo 886 Green Grey).
I've been asked a time or two what the antennas are made from. An old whitewash brush that has for many years laid around the shop at the company where I work: 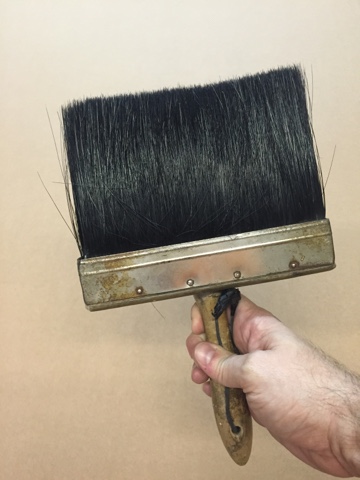 I periodically appropriate a small cutting. Someday I will have denuded the thing to an obvious extent and then awkward questions will be asked.
That's all for this post. More from the hobby desk next time.
Posted by History PhD at 11:06 PM