This week I've fiddled around with two Mil Mi-6 Hook minis. Maybe I shouldn't say "minis", as these models are pretty damned large! Ok, they're not 1/32 scale, but for 3mm, they're big!!
The Hook: 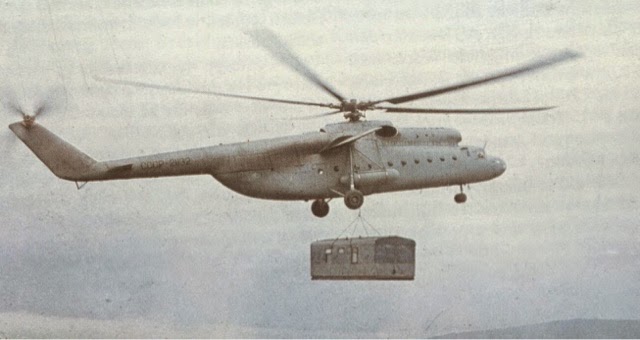 was (and remains) the second largest helicopter ever to go into production, with a lift capacity of 26,400 lbs (12,000 kilos), surpassed only by the Mil Mi-26 Halo: 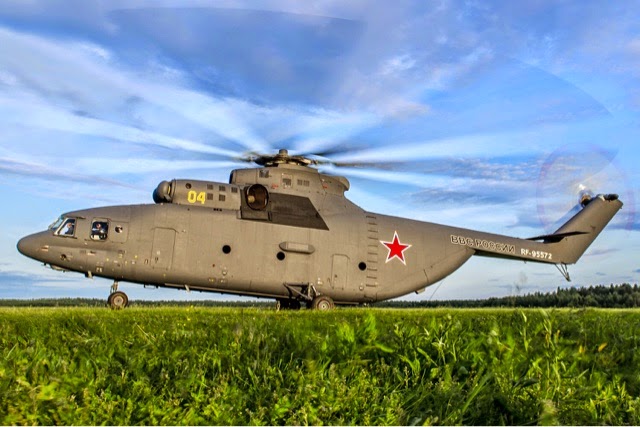 as you can see on this comparison chart. Click on the image and it should take you to a zoomable version: 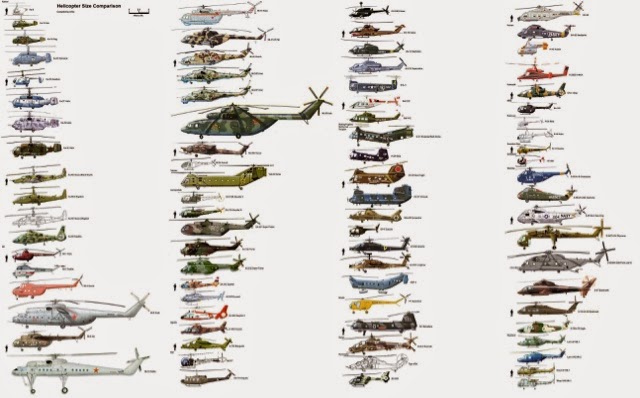 What would've been the largest helicopter, and called the Mi-12, never went into production and only two test platforms were ever built: 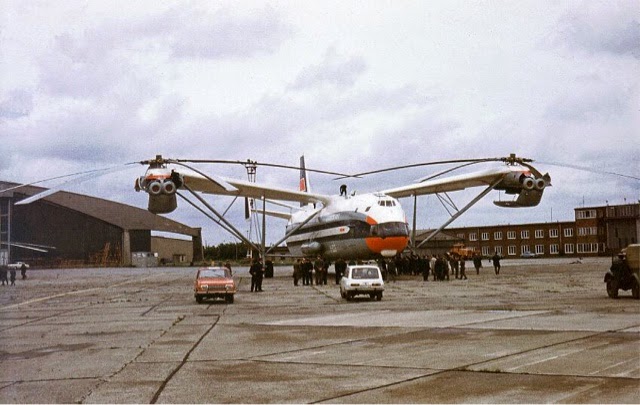 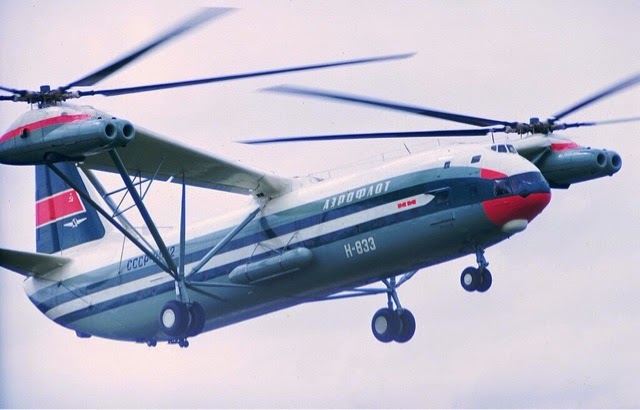 I don't know as I'd even call that a helicopter, though technically it is.
In any case, the Halo didn't begin entering service until 1983 and wasn't fully operational until 1985, so I have no use for it in my 1981 scenario.
In the WarPac, only the Soviets and the Poles operated the Hook, so I've done one of each. The Polish one: 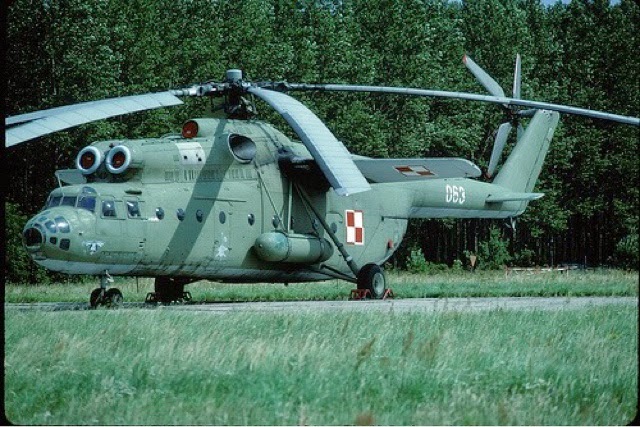 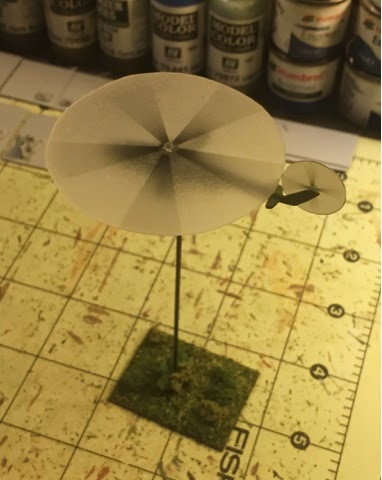 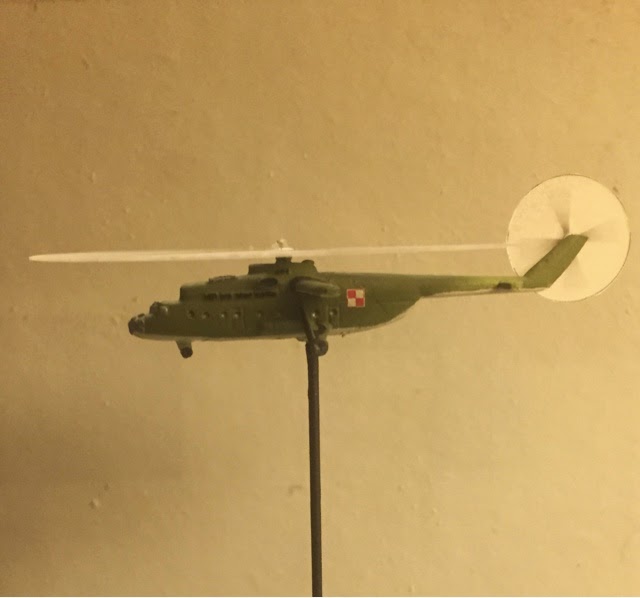 The majority of Soviet Hooks seem to have been in overall light grey:

which didn't really suit me. However, some poking around the Internet did turn up an example in green: 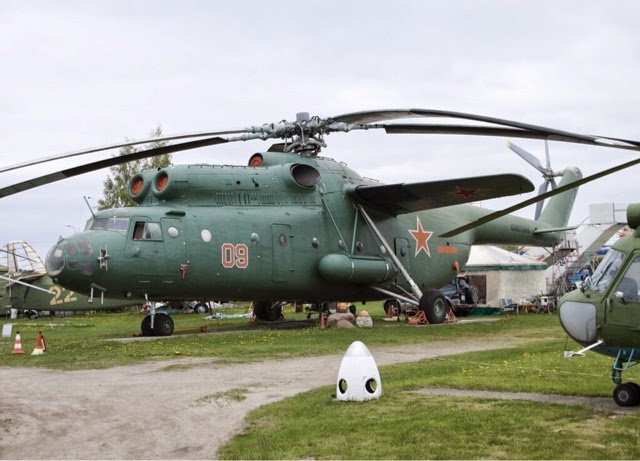 The same aircraft before and after restoration. Of course, museum examples can't really be relied on for historical accuracy, but I won't quibble, as I prefer the green: 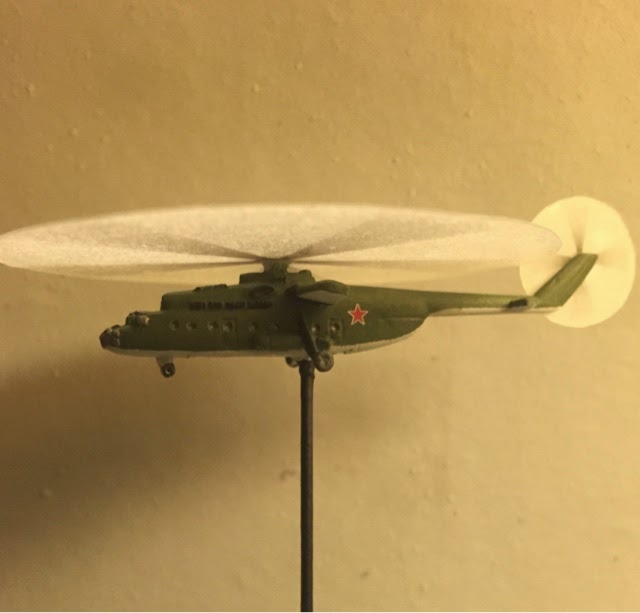 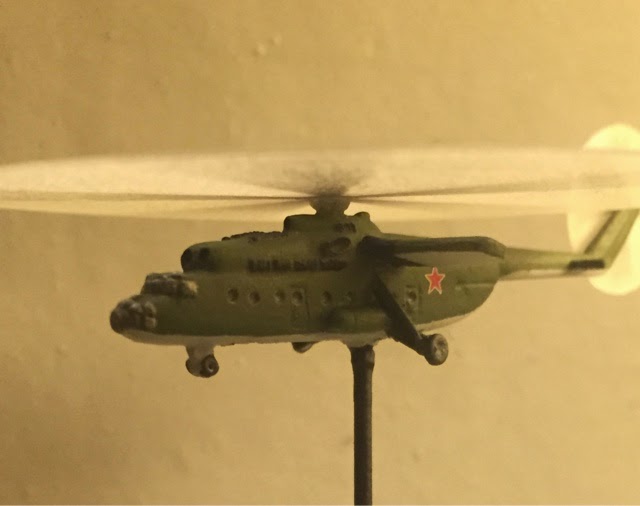 The models are big enough that I could get legible aircraft numbers on them, but I decided not to. For me, the aircraft are a secondary concern on the wargaming table. They are merely graphic representations of air strikes and fast moving enough that they really aren't on the table long enough to bother with going into minute detail on them.
More in the next post!
Posted by History PhD at 7:13 PM