A long weekend of "this and that"

The long Labor Day weekend is here (when I lived in Scotland, it was September Bank Holiday), so I'm trying to catch up on some of the myriad of things sitting half-finished on my hobby table. 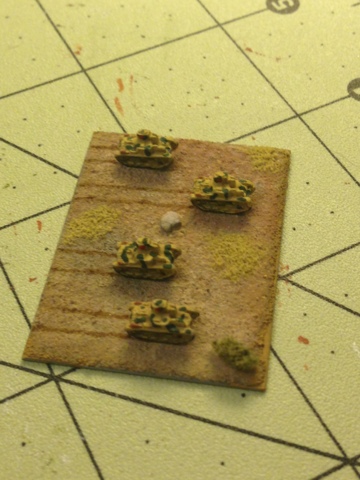 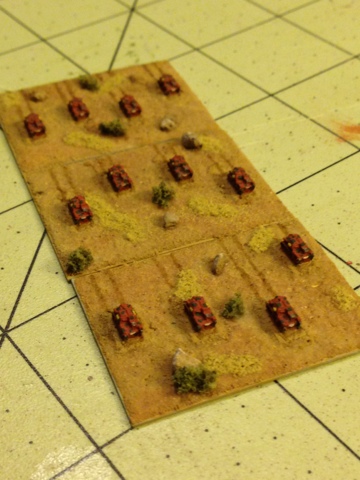 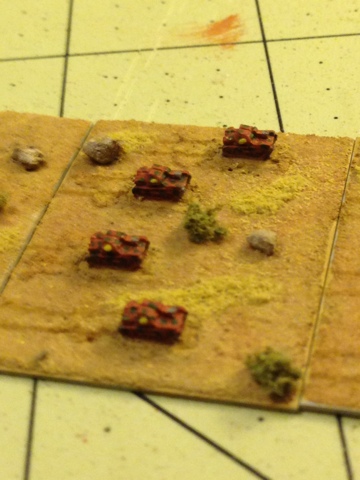 No command stand for either yet. I always put a couple of infantry on my command stands to represent officers, but I'm fresh out of Italian infantry, so I'll have to wait while more come in the mail from Picoarmor. For my desert bases, I usually stick on a tiny rock or two, maybe a bush, and a patch or two of burnt grass, but I'm beginning to feel it's just a bit too "busy", what with the tanks on there also.

Finished a Timecast 6mm car garage, though the house and car that will go with it have a while before they'll be finished. 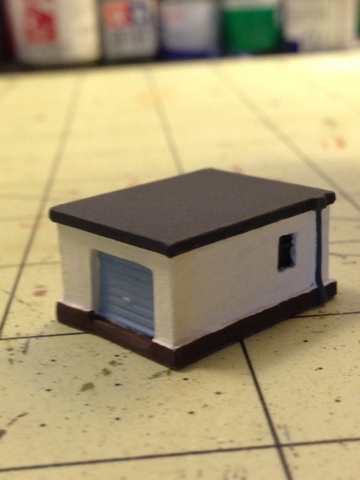 Also, a Z-scale town fountain by Faller. It didn't seem terribly realistic once it was finished per the instructions, so I made a few adjustments, like filling it with Woodland Scenics Realistic Water and creating splashing water with their Water Effects. It came out reasonably well, I think. 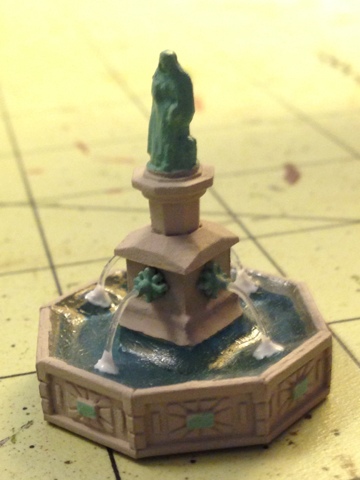 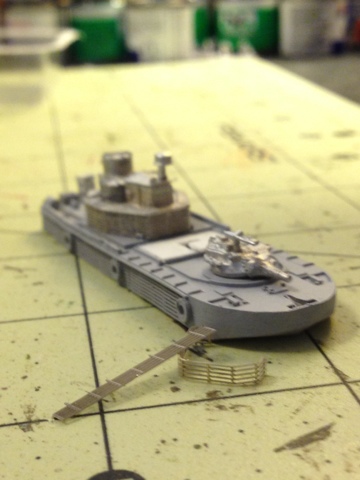 I've plated over the mortar pit with sheet styrene and created a 105mm turret by cutting off the bustle and most of the gun barrel of an M47 turret, then smoothing off the cut areas. I'm in the process of building a re-bar armor cage for the turret using GHQ's Stryker slat armor (doing which is absolutely fiddly as hell!!). This is what I'm shooting for: 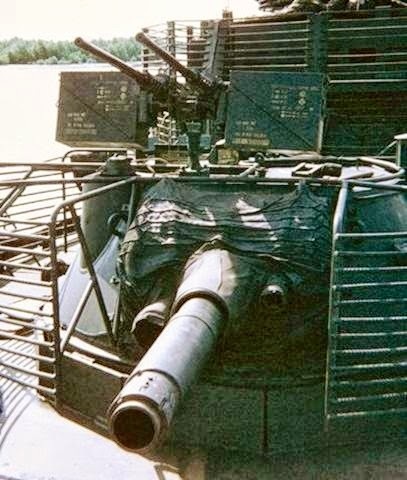 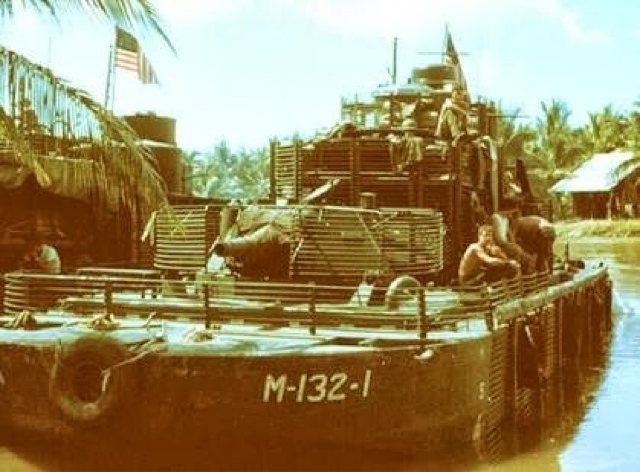 As you can see in the photos of the real thing, the turret actually sat much farther back, closer to the superstructure, but that would require quite an involved conversion. The 40mm turret ring is already cast on the model and it's much easier to fudge reality just a bit and use what's already provided. I'll show you the finished product soon.

And for my West Germans for LANDJUT 1981, I'm working on some 1/300 Heroics & Ros Green Archer counter-battery radar vehicles and several Mungas from Dragoman on Shapeways.com. As you can see, I've only gotten as far as the base coat of gelboliv. 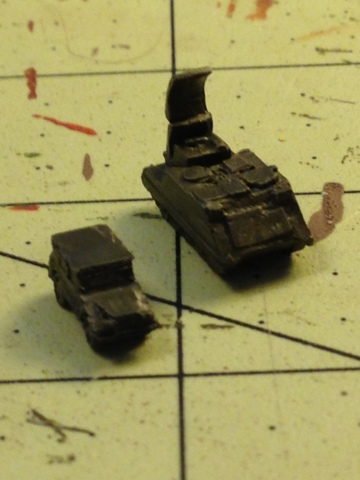 3-D printing has a long, long way to go in both product quality and affordability. Having bought several 3-D printed items, I have to say that the quality level is marginal at best and the prices are extortionate for what you get.
Pretty much an endless supply of other things to show you and talk about, so more next posting!!  Hope you had a good holiday.
Posted by History PhD at 2:50 PM