After some chatting with Dragoman on Shapeways, who by the way is a really great designer (mostly in 1/300) and a very accommodating fellow, I've convinced him to downscale his East German Trabant Kübel!!

They were used quite widely where 4-wheel drive wasn't a necessity, as their cross-country capabilities left something to be desired: 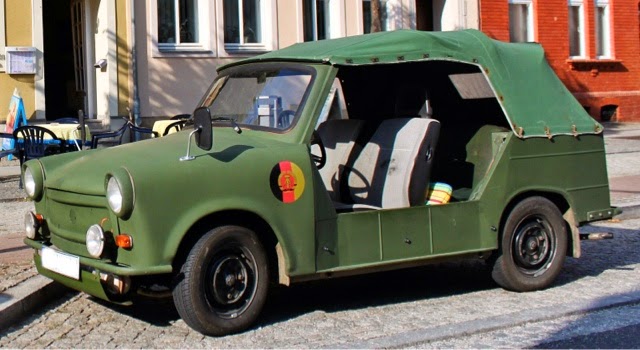 As a side note, Kübel is German for "bucket" or "tub". How flattering.

I'm really quite pleased at talking him into this. The East German Army used quite a lot of these and I was getting a bit tired of UAZ-469's for everything: 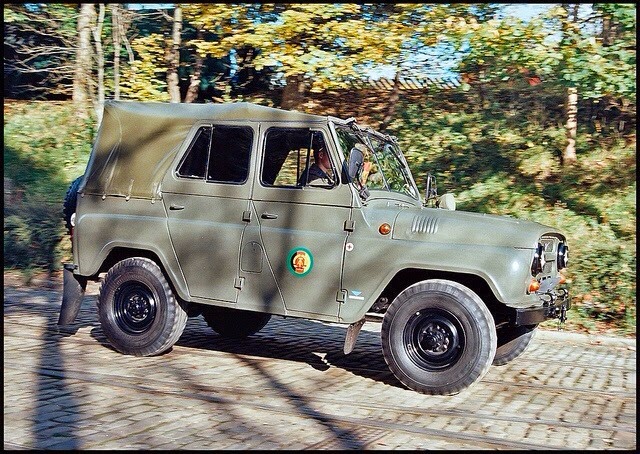 As you can see, quite a visual difference. Now I need to order a sprue or two! Shapeways' price is too high for me to get more than a token number, but I definitely will make up a few command stands using them. Once I order some and they arrive, I'll give you a look.
Posted by History PhD at 7:20 PM