Continuing on with the theme of fleshing out the as yet anorexic artillery component for my East Germans, I've finished off a BM-21 Grad 122mm multiple rocket launcher battery, Grad meaning "Hail" in Russian: 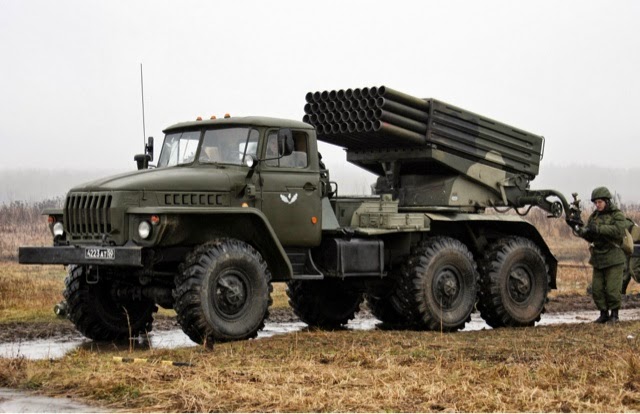 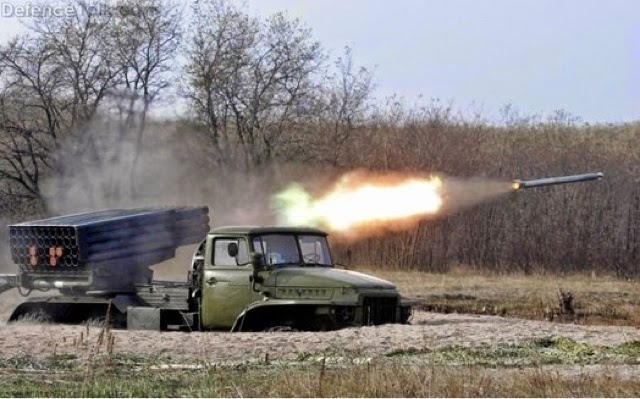 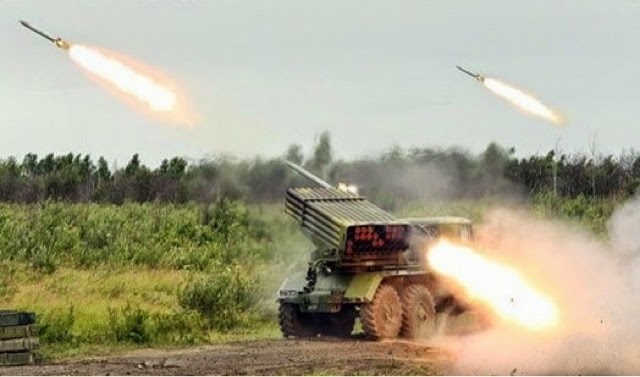 The Soviets, and by extension the whole Warsaw Pact, loved multiple rocket launchers. This dated back to the Soviet use of Katyusha artillery rockets in WWII:

This sort of artillery, while not terribly accurate, is normally quite devastating because it totally saturates a given area and launchers are normally used in fairly large numbers, all operating in concert.
Here's my battery: 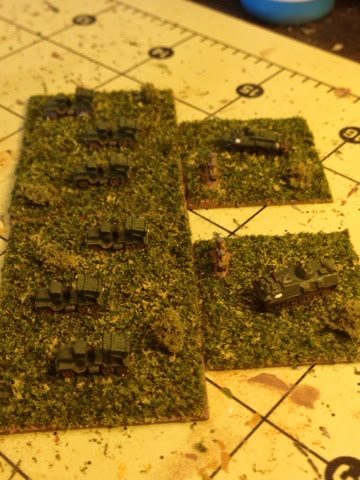 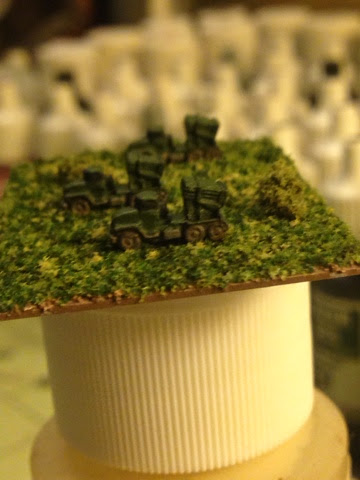 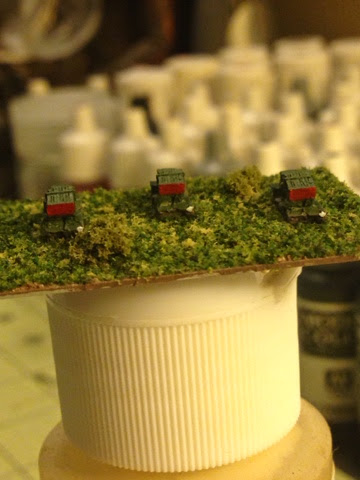 When fully loaded, the rear of the launcher tubes are covered with an orangey-red cap which I imagine contains the primer for the firing mechanism: 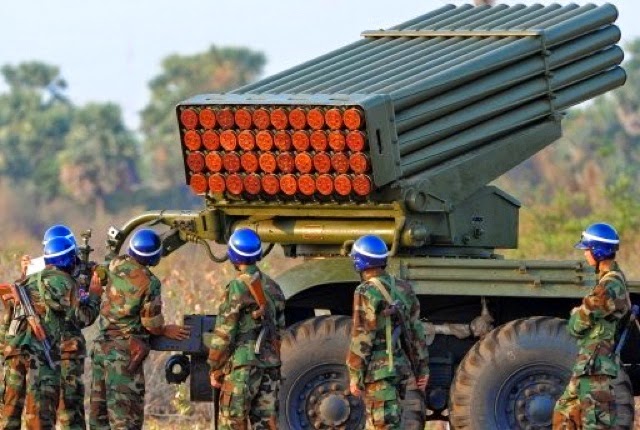 That's why I've pained the rear of my launcher tubes Vallejo scarlet, which has a slightly orange tint to it.
R. Mark Davies, who is one of the real gurus of what army used what during the Cold War says that Grad batteries used 1V13 vehicles for their forward observers: 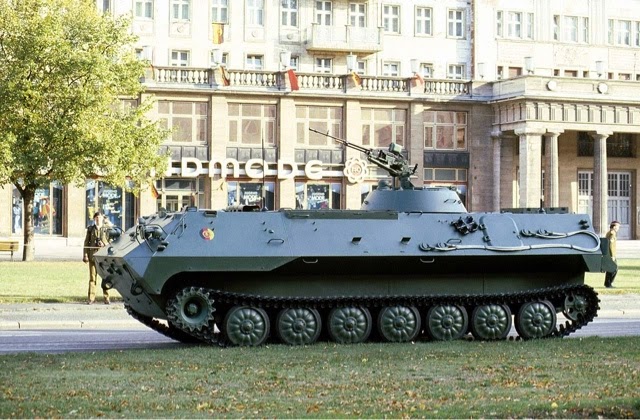 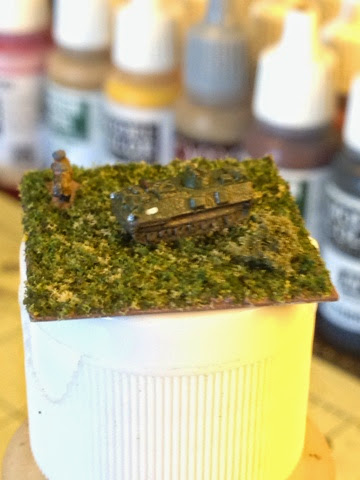 1V12 through 1V16 were all visually the same. The only difference being in the number and position of radio antennas. The NATO designator was ACRV M1974.
So, I'm beginning to feel a bit better about my East German artillery, but I still have more to do before I'm satisfied. See you next weekend, if not before.
Posted by History PhD at 9:01 AM