To carrier or not to carrier

That is the question. For many years, I've had a deep, yet off and on, interest in 1/2400 WWII naval wargaming. My specific love has always been cruiser actions in the Mediterranean and SW Pacific (ABDA, Guadalcanal, and the New Georgia campaign). Those were generally close in dog fights. Battleship actions, with a few notable exceptions were long-range exercises in shell lobbing. I've never really had much interest in aircraft carriers. Aircraft, yes, but the carriers themselves just don't fit into shorter range battles. Carriers sat off at a distance and sent in aircraft to do the work.

So I never had much desire to buy carrier models. However, over the years, I've occasionally seen eBay bargains that were just too good to pass up and I've built up a stock of unopened GHQ carriers. WW2Central now makes fantastic carrier deck decals and despite having no use for carriers, I've just go to do some!! So, as a test platform, I chose the Japanese light carrier Ryujo: 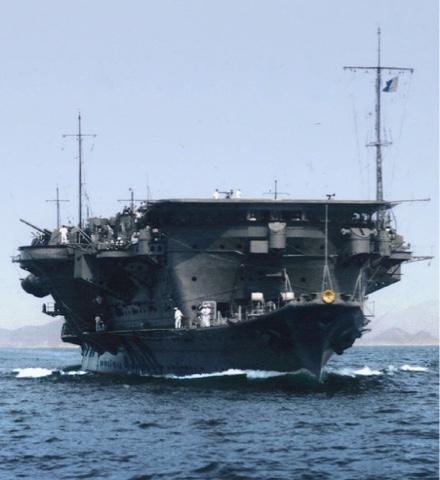 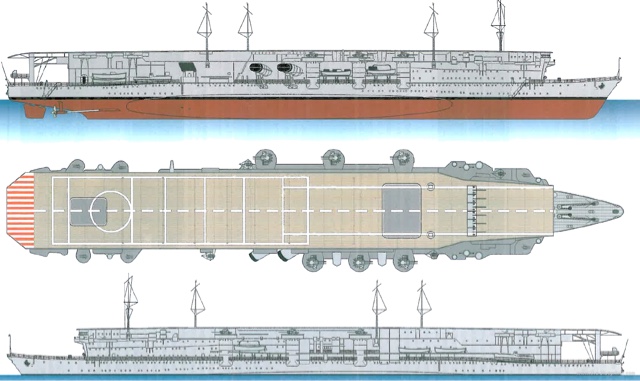 which had quite an active career before being sunk by US aircraft during the Battle of the Eastern Solomons.
So, here's what I've managed to do: 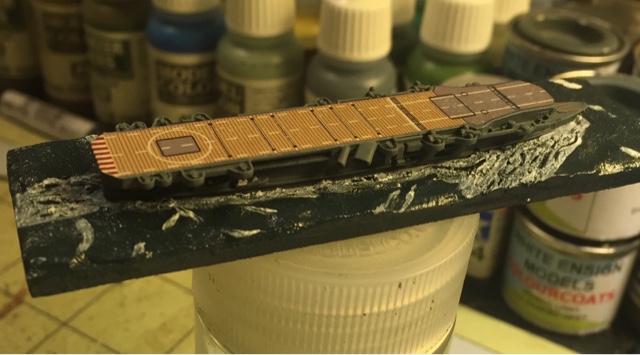 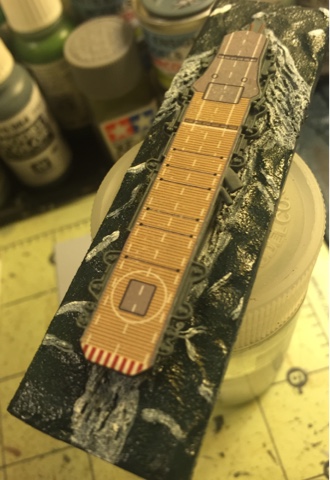 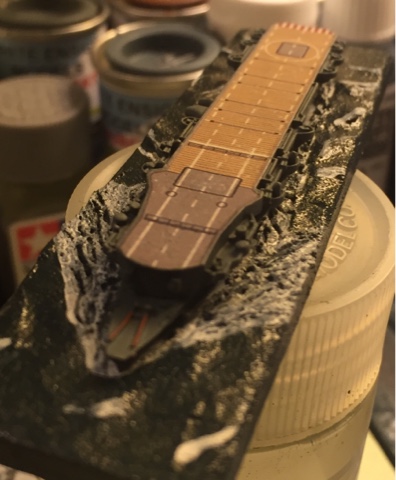 Obviously, I haven't yet gotten the aircraft painted and mounted on the deck, but the ship itself is finished. I think the deck decal is incredible!! Imagine having to try to paint all that detail!! That's the majority of what's put me off doing this for so many years (decades actually). Let's do another!!
Posted by History PhD at 12:27 PM