So many irons in the fire

As usual, I'm tinkering with a variety of projects this weekend. Too damned hot to go do anything (heat index is 106°F today), which is just as well, since I have so many half-finished things clamoring for my attention.

First up, I'm finishing off four of GHQ's LVTP-5's for my Vietnam War, two of which I've converted. One is now a LTVC-5 (command version) and the other is a LTVH-5 (105mm howitzer fire support). I modified an M47 tank turret, which the real vehicle's turret somewhat resembles. I cut off the turret bustle and most of the barrel and filed the cut areas smooth. 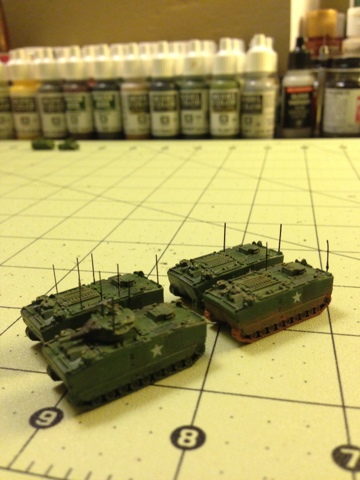 Left foreground is the fire support version. Left background is the command version (the only difference is a lot more antennas). Both models on the right are the standard version. As you can see, I've only weathered one so far.

I'm also working on two M163 Vulcans. Only six were sent to Vietnam, none of which had been fitted with their targeting radar. The first two of the six had the dish, but it wasn't connected to anything. Numbers three thru six had no dish. When the threat of the NVA's sizeable helicopter fleet never materialized, the Vulcans were used in base perimeter defense and as fire support for road convoys. 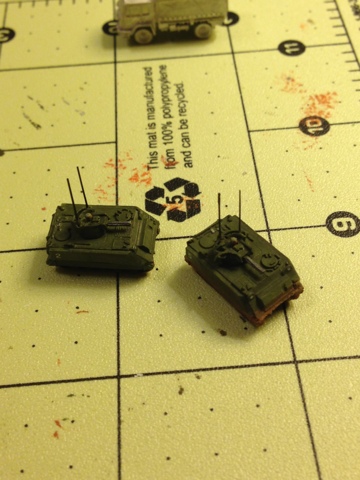 I have to say that at this scale, decals are a nightmare. Again, I've only weathered one thus far.

I'm also just beginning five East German T-55's for my early 80's LANDJUT campaign. I've test-fitted one with national insignia decals on the turret, but not yet vehicle numbers. Again, 1/285 decals are an almighty pain in the ass!! 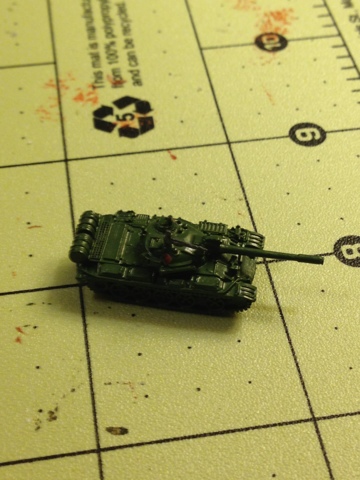 So far, they've only received their base coat of East German panzer olivgrün. 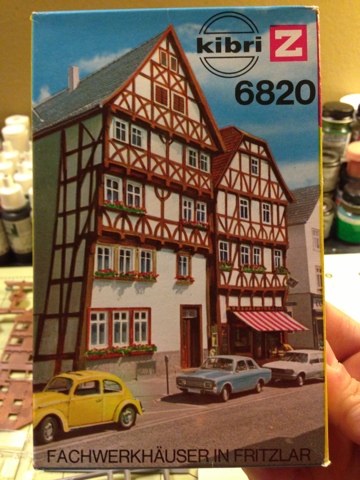 As usual with these German-made kits, it has an enormous number of small parts, which makes assembling it quite labor intensive 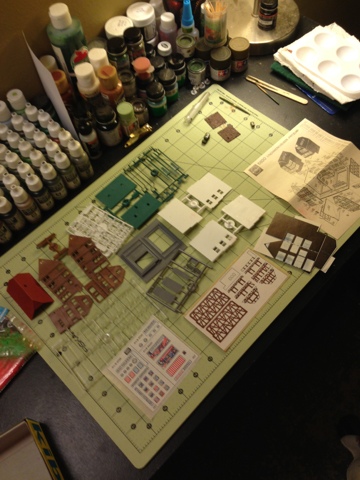 I like the finished products, but getting there is time consuming.

Another weekend's free time eaten up. More next posting!
Posted by History PhD at 5:31 PM