Santa was a few days late, but he made it!

It's five days after Christmas, but a couple of packets came today!! Yay!!

The first was from Tumbling Dice in England. I noticed that they have 1/600 British 18 pounders in their WWI section. These were also used quite widely in WWII by the Royal Artillery in the Battle of France and the early stages of the war in North Africa 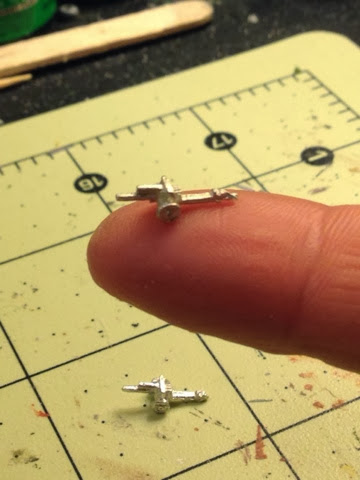 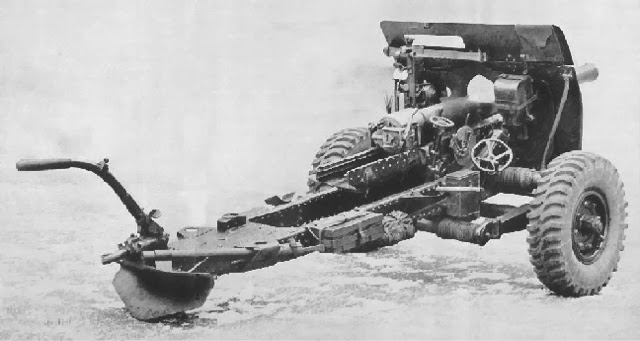 Unlike O8's, they don't come molded with crew on a small base, so I'll have to adapt some infantry figures, but it'll make a nice addition to the ever-present 25 pounders and 2 pounder anti-tank guns. Also, the modernized 18 pounders that were used in WWII looked different than the WWI version, but it's as close as I can get.
I also got some of their Italian aircraft. Not too many companies make 1/600 aircraft, so I try to get the widest variety I can find. I bought a bag of Caproni Ca. 310's: 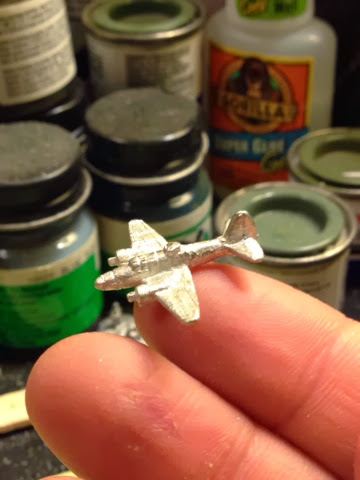 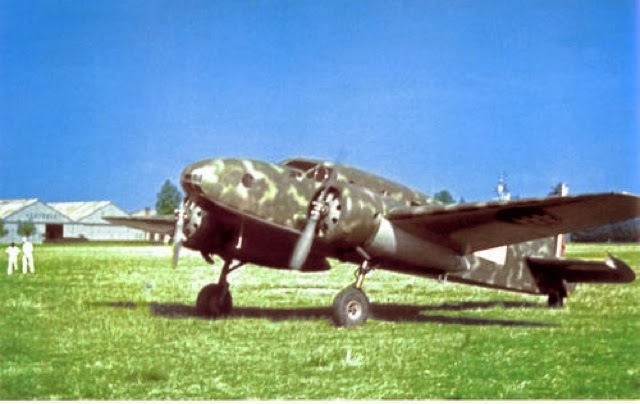 And some IMAM (or Meridionali if you prefer) Ro. 37 bis: 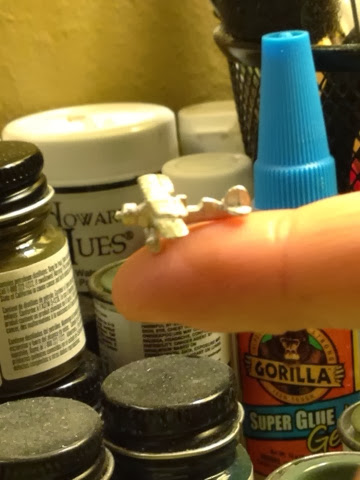 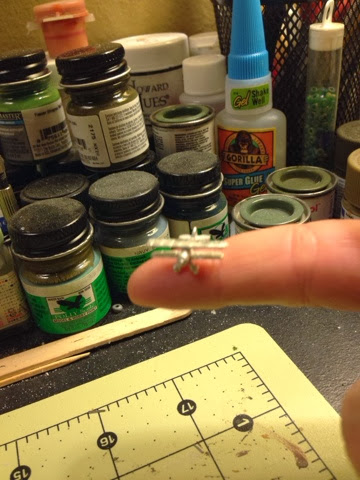 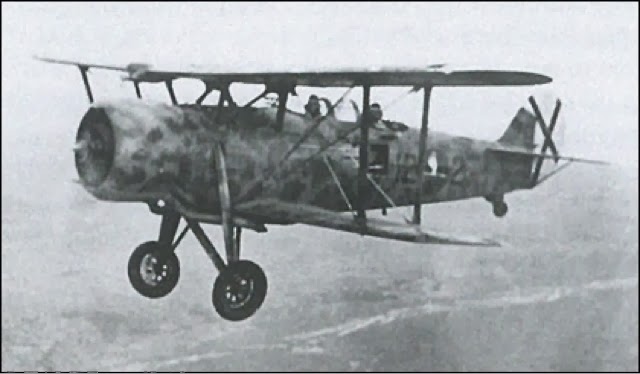 The landing gear and top wing are separate pieces and talk about fiddly to get them glued on straight and level, especially that wing!! More swearing!!
The second packet was from Stone Mountain Miniatures. Another bottle of their own "mud" paint, which I really like and use a lot of, as well as a 1/285 four-winged guildhall: 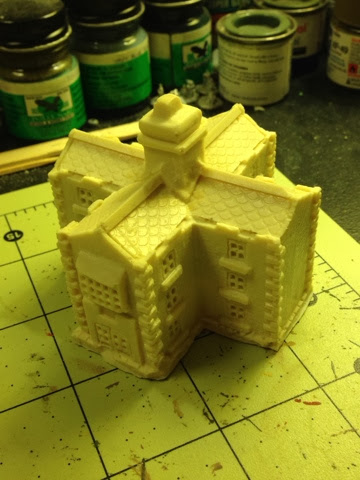 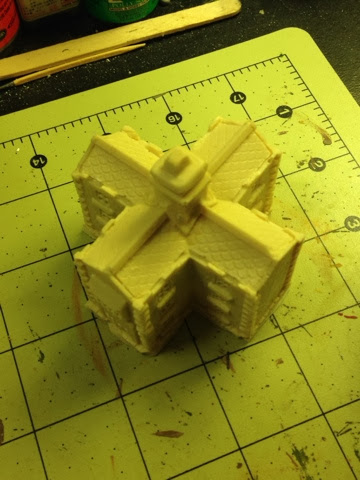 I've ordered buildings from them several times in the past and was always impressed. Never a bad casting and no clean up necessary. This time, there is a bit of obvious bubbling that needs filling in and a fair bit of "flash" to be cleaned off. Still, a very attractive and unusual building to add to my German city center.
I also got a Tamiya paint mixing jar to make up the grayish sky blue on the undersides of East German aircraft, but that's hardly photo-worthy.
Yay for St. Nick! He always comes through with the good gifts. Actually it was Mrs. History PhD, bless her heart! 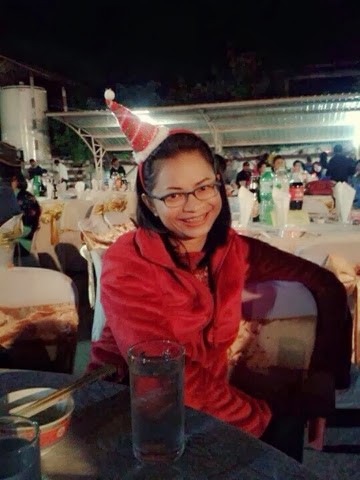