In keeping with my projected 1981 LANDJUT campaign, I've already talked about my method of painting East Germans, so now let's cover the Danish Army.
During this period, Danish vehicles were painted green with black bands: 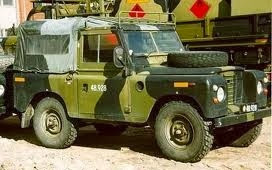 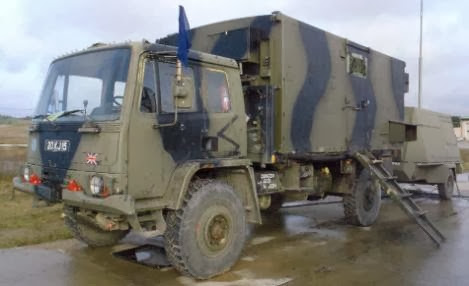 The difference being that the Danish green is a brighter shade than the bronze green used by the British. So I've chosen Vallejo Reflective Green (890), as it looks a very close match. Then the usual khaki-grey dry-brushing, painting of details, and bright bits of "bling".
In the early 80's, the Danish Army operated 12 American-built OH-6A Cayuse observation helicopters, which were painted an overall blackish green: 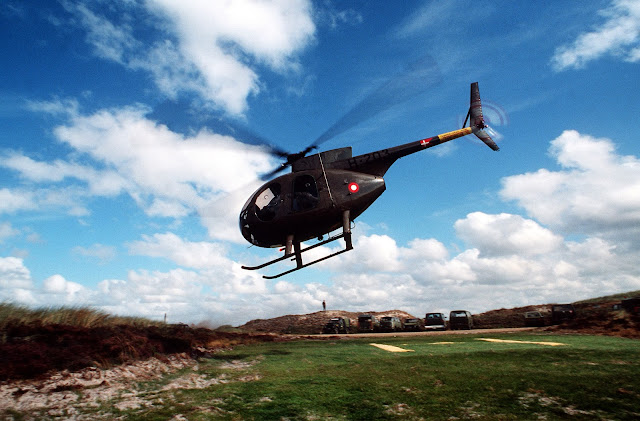 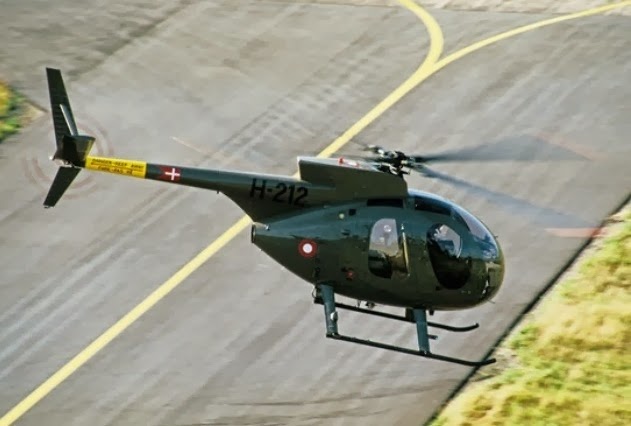 So the choice of color is easy, Vallejo Black Green (980). Beginning in the mid-80's, Danish helicopters were painted to match the vehicles: 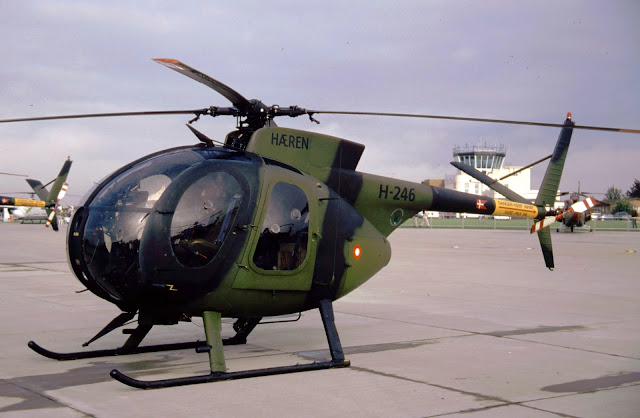 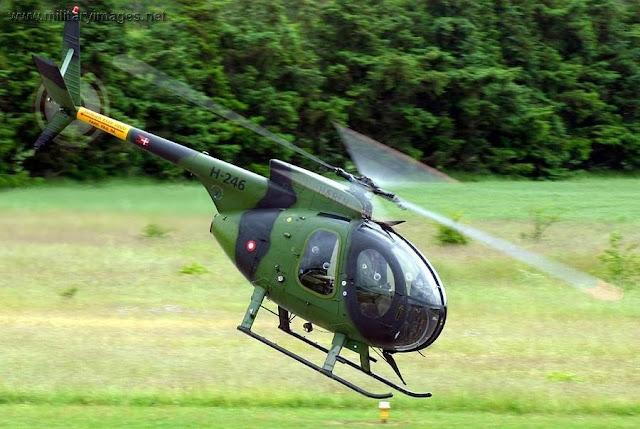 Camouflage uniforms weren't issued to Danish troops until 1984. Prior to that, the official color was "dark olive green", but if you look at photos, it was more of an olivish dark khaki: 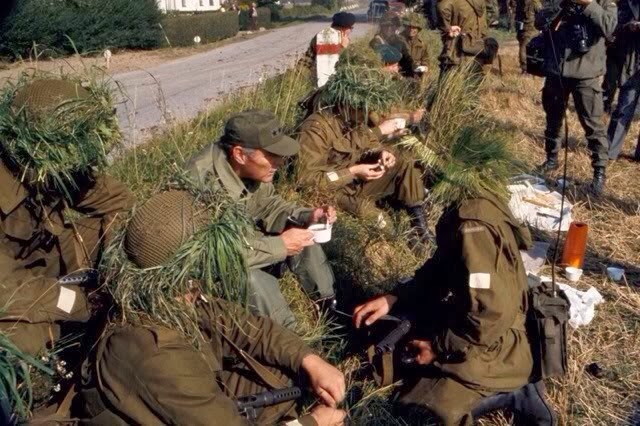 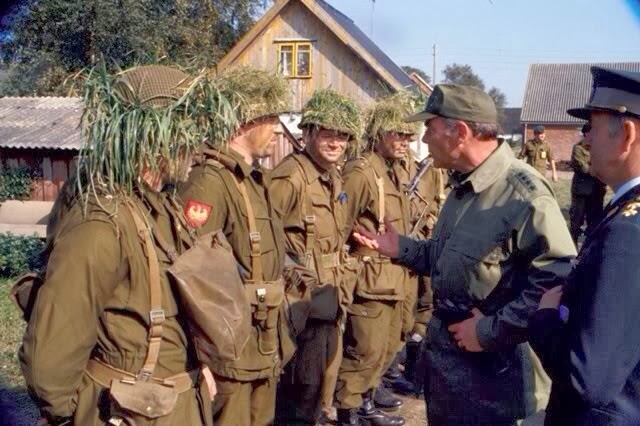 I find Vallejo English Uniform (921) to be about right. Danes were known for having helmets that were shaggy with grass, etc as camouflage, so I glue a bit of green flock to their helmets (in 6mm. In 3mm, it's not worth the bother). In 1981, Danish Home Guard units were still wearing an odd mixture of WWII British and US equipment; battle smocks and Bren guns mixed with M1 Garands and US M1 steel helmets.
Here are a couple of my Danish stands. A section of 105's: 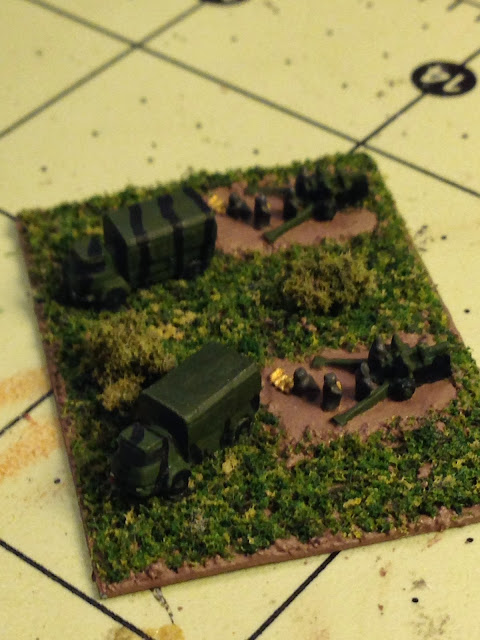 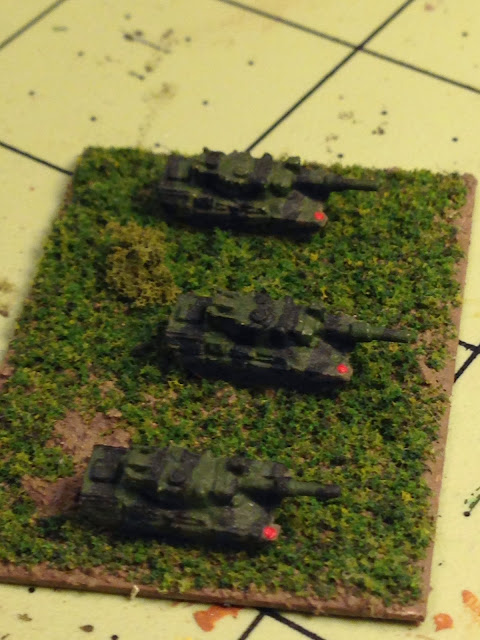 I think the Danes are one of the most interesting armies of the period. Their equipment was a hodge-podge of West German, British, and American equipment. And as it wasn't all that large an army, it's easy to assemble the entire Jutland Division in 1/600!! More from me soon!!
Posted by History PhD at 12:50 PM