A cold, windy, drizzly weekend, which means it's great "staying in and painting" weather. I've had a couple of shipments arrive this week. The first is from Leven Miniatures in England. This is a small company that makes really great 6mm buildings. I bought a large brewery: 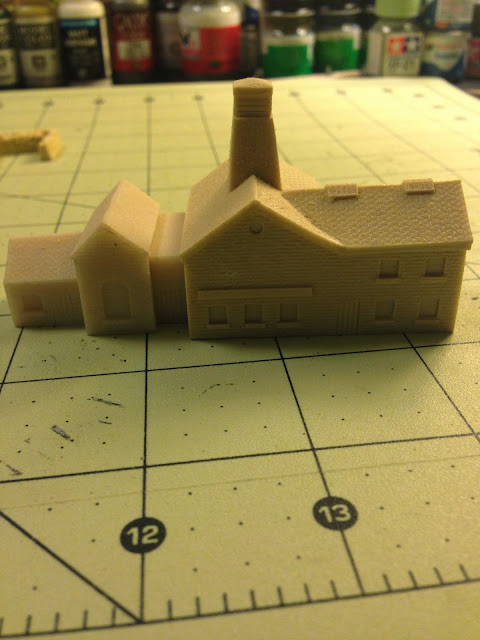 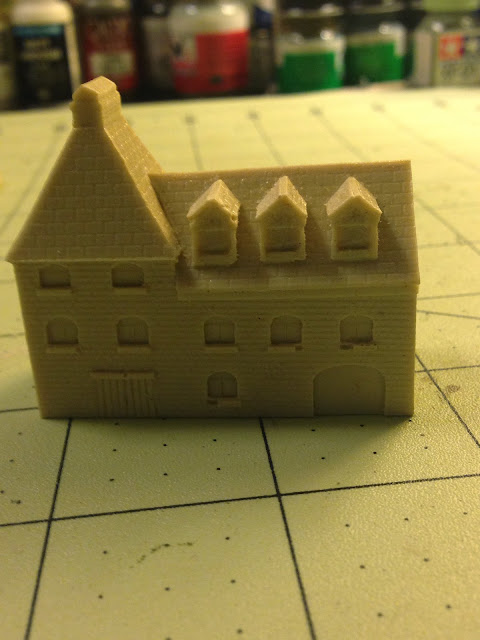 And two sets of stone walls: 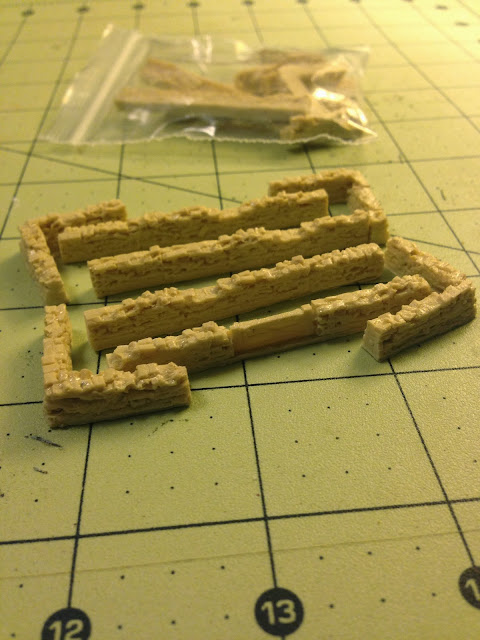 I'm really impressed with the castings, which require only a bare minimum of tidying up on my part. Very attractively priced too.
Next, on eBay, I found a small z-scale train station made by Faller, which I got for a steal: 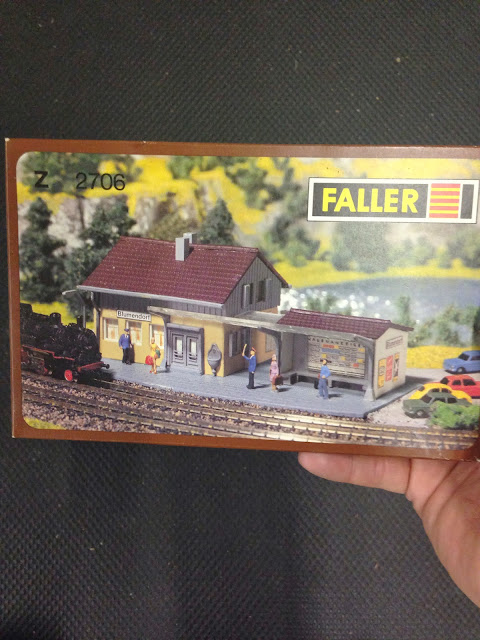 I actually don't think I'll use it as a train station, as for that I want something a bit more imposing, but I think it'll make an excellent bus station!! Add a few stances and some buses that I already have: 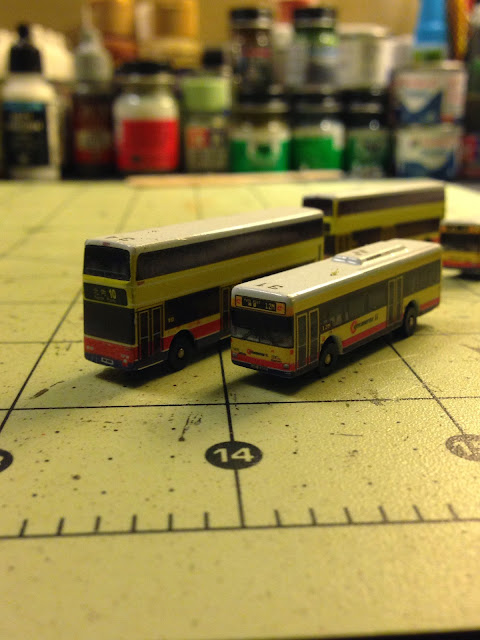 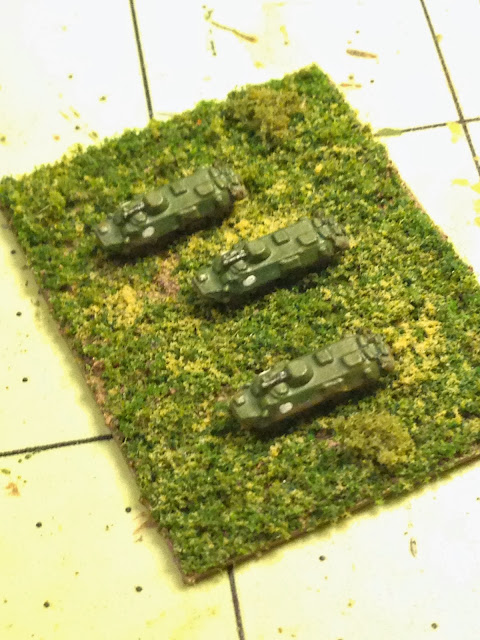 I'll have a whole company finished today, all going according to plan (which it generally doesn't).
Posted by History PhD at 7:47 PM